The huge hill of Dindigul looks like a pillow (Dhindu) from one side, and the town has derived its name Dindigul from the hill. The hill fort is situated on the hill, at a height of 280 ft. Muthu Krishna Naicker started the construction of this Fort which was later completed by Mannar Thirumalai Naicker. From 1755, Haider Ali became the ruler of Dindigul and his son Tipu and wife Fakhr-Un-Nisha used to live in the fort. Later, Tipu became the ruler of Dindigul and ruled the area from the fort (1784-1790).  The Fort is the primary tourist attraction of Dindigul and it is maintained by the Archeological Survey of India. 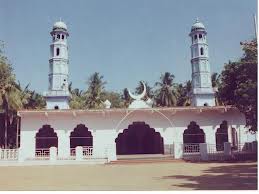 During the rule of Haider Ali in Dindigul, he ordered the construction of three mosques in Dindigul. The first one was solely for his prayers and the second was used by his soldiers, under the Dindigul Fort. The third mosque was built in the southern part of the rock fort for the common public. Haider Ali had granted a good amount of grant for the maintenance of the mosque. In Hijri 1187 (1766AD) the wife of Killedar MirRiza Ali Khan, Ameer-un-Nisha Begum, was  buried in the Begambur Mosque. There is a tomb on the name of the Royal Lady in the mosque and the part of the town is also known as Begambur.

Sirumalai Hill Resort is a popular hill resort on the way to Natham from Dindigul. The area is densely covered in forests. The altitude of the hill is 1600 metres above sea level. Sirumalai is famous for its diversified flora and fauna and a variety of animals. The Hill has a total of 18 hair-pin bends and on the 18th bend you can able to find a church and a view point from where one can watch the beauty of Dindigul city and also the Dindigul Rock Fort. The climate of Sirumalai is moderate mostly andthis makes it one of the most popular tourist destinations for people in Dindigul as well as people coming to Dindigul. Sirumalai was famous for “Sirumalai banana”, a fruit that is slowly disappearing from the region. Small animals like deer and forest goats, as well as some bison can be seen in the forest of Sirumalai.

Mathamalai Annai Veilankanni Church is situated on top of one of the hills. There is an artificial lake in Sirumalai where tourists can enjoy boat rides. Agasthiarpuram is a holy place in Sirumalai which people are believes that the siddas (monks) are living since ancient days. Also the area surrounded with lot of medicinal herbs and plants.

The Thadikombu - Perumal Temple is situated 5 km away from Dindigul, on the way to Karur. During the Chaitra month, Lord Alagar, the principal deity of the place has 12 days of special puja conducted by the pilgrims.

Sri Kottai Mariamman Kovil Temple of Dindigul is more than 200 years old and Mariamman idol was installed by the army of Tipu Sultan at the fort of the mountain. That is why it is called the Kottai (fort) Mariamman temple. A temple for Vetri Vinayaka at the South and one for Lord Muruga at the North of this temple is inside the Mariamman Kovil Temple. On the eastern side over the Amman Sannidhi is a temple for Vinayaka, and on western side a temple for Madurai Veeran. Apart from these, there is a Mandapam (Hall) in the centre of the ground in which there is a sculpture of a Lion facing the Sannidhi. The Sanctum Sanctorum is small & square shaped. The deity consecrated (Moolavar) is seen here, embedded deeply under the floor. Several sculptures on the structure over the Sanctum Sanctorum depict various incarnations of the goddess Mariamman. Most of these show the Goddess destroying a monester. A golden shield adorns the deity on every day between 5 PM to 9 PM. The temple is run by a board of Trustees. 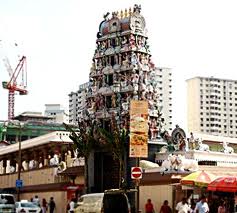 Located in the center of the Dindigul town, the Abirami Amman Temple attracts pilgrims from all over Tamil Nadu. During Navarathri Goddess Abirami is called Kolu. There will be One Lakh Archana to the Goddess Gnamambikal in auspicious occasions.

The British rulers constructed the St.Joseph Church in the period between 1866 to 1872. This Church serves as the head of all Catholic Churches in the district.

The Nadupatti - Anjaneyar Temple is located in Nilakottai Taluk some 35 Kms from Dindigul. The reflection of the deity can be viewed on the water. Pilgrims from Madurai, Dindigul and other places of Tamil Nadu and Kerala come here for blessings.

How to Reach Dindigul

By Air: The nearest airport is Madurai which is about 65km from Dindigul.

Distance of Dindigul with Nearby Cities