The small fort on the hills of Dindigul City is the center of different historical happenings in the city and surrounding places. This fort is now a very popular tourist spot and it is immensely important in the historical context of both Dindigul city and Tamil Nadu.

Dindigul region was situated on the border of three very prominent kingdoms of South India, the Pandyas, the Cheras and the Cholas. Dharmabalan, the Chera king is said to have built the temples of Abirami and Padmagirinathar. Dindigul is also mentioned in the ancient Tamil book “Silappathikaram” and here it is said to be situated just outside the Northern border of Madurai. Dindigul is also found in the works of Pillni, who mentioned that the place was ruled by the Pandya kings.

Karikal Cholan captured the Pandya kingdom during the first century A.D. and after that Dindigul came under the Chola rule. The Cholas ruled Dindigul till the Sixth century and after that the Pallavas defeated the Cholas and took the control of the region. In the 13th Century, the Cholas again returned to power and finally the Moguls invaded South India in the 14th century. At that time, the Vijayanagar Kingdom was ruling Dindigul and they helped the Cheras in the battle against the Pandyas. Kampanna Udayar, the famous army general of the Vijayanagar Kingdom played an important role in the battle.

The Nayaks slowing became powerful and in 1559, they had completed winning a large part of South India. The Nayak territory bordered with the modern day Dindigul state. King Viswanatha Nayak passed away in 1563. The next important Nayak King, Muthukrisna Nayakka sat on the throne on 1602 and he began the construction of the Hill Fort. The construction was completed on 1605 AD. Muthuveerappa Nayak and Thirumalai Nayak are two other important Nayak rulers of the period. During the Nayak rule, Dindigul again came into prominence. The region was also ruled by Rani Mangammal, one of the very few successful woman rulers in Indian history. She was also from the Nayak dynasty.

Delhi Sultanate and the Maharaja of Mysore 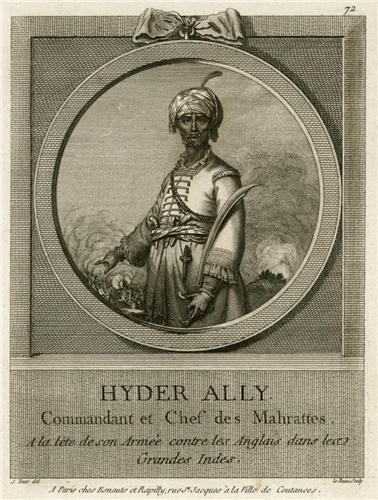 The British Army, led by Captain Long invaded Dindigul in 1783 and on the next year, an agreement took place between the Mysore rulers and the British Government. Dindigul was restored to the Mysore province. Tipu Sultan, the son of the famous Haidar Ali became the King of Dindigul in the year 1788. James Stewart, a high ranking official of the British Army gained control of Dindigul in the year 1790 and invaded the place. The battle is popularly known as the “Second War of Mysore”. On 1792, Tipu Sultan ceded Dindigul to the English Army and Dindigul was the first region that came under the British Rule in the Madurai District. The British Army continued to develop and strengthen Dindigul Fort as they believed the Fort gives them an unique advantage over their enemies in these areas. The fort was filled with canons in different sides and also several sentinel rooms were built in the fort. A large garrison of British army was stationed in the Dindigul Fort from 1798 to 1859. Later Madurai was chosen as one of the head-quarters of the British Army and Dindigul was attached to Madurai as a taluk. Like most of the Indian Towns, Dindigul also remained under direct British Law until 15th August, 1947.