Dindigul is the administrative headquarters of the Dindigul district, which falls under Tamil Nadu. The city lies in the southern part of Tamil Nadu, and has a total area of 5.41 sq mile or 14.02 sq km. The average elevation of Dindigul city is around 265 meter. Dindigul city is 420 km away from the city of Chennai and 100 away from Tiruchirappalli, another important city of Tamil Nadu.

The district is surrounded by Erode, Karur, Tirupur, and Trichy in the North, Sivaganga in the east part of and Theni, Madurai, and Coimbatore districts fall in the along with Kerala. The Dindigul district has eight taluks, like Dindigul, Palani, Athoor, Kodaikanal, Oddanchatram, Nilakkottai, Natham and Vedasandur.

Soil and Topography of Dindigul

Dindigul is located in the foot of the Sirumalai Hills of Tamil Nadu. The topography of both the district and the town is plain and hilly. No notable mineral resources are available in and around Dindigul city. In most parts of the city the soil is of thin veeneer soil. Most of the soil is black clayey soil, while some parts of the Dindigul town have the red soil in it. 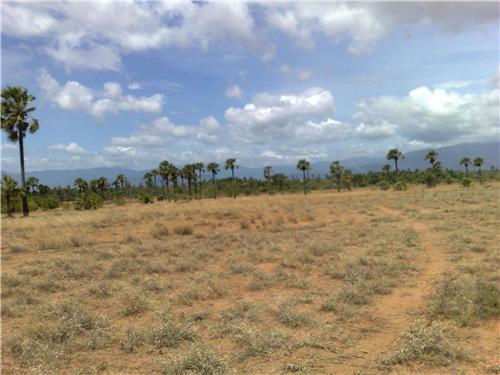 Like most other parts of Tamil Nadu and South India, the summer season begins from the month of March and continues till the month of July. December and January together is the winter season. In summer, the temperature ranges from the maximum of 37oC to the minimum of 29oC. The winter season is moderately comfortable and the temperature ranges from 26oC to 20oC. The average rainfall of Dindigul is around 812 mm in a year. The south-west monsoon, which begins in the middle of June and lasts up to the month of August, brings scanty rainfall in the region. But the bulk of the rainfall takes place during the period between October to December. This is known as the North East monsoon.

Agriculture and Horticulture in Dindigul

The climatic conditions of the area are favorable for horticulture and different types of flowers are being cultivated in the area. Apart from flowers, Dindigul is famous for producing fruits like orange, pineapple, guava, vegetables, like onions, and other non food crops like tobacco, eucalyptus, coffee and some other products.