Dindigul is an important town in Tamil Nadu and the culture of Dindigul is mostly Tamil. Though the  majority are Hindus and there are a number of Muslims and Christians living in Dindigul as well. Dindigul is one of the most important trading centers in South India and that is why many people from all over India comes to Dindigul for business purposes. 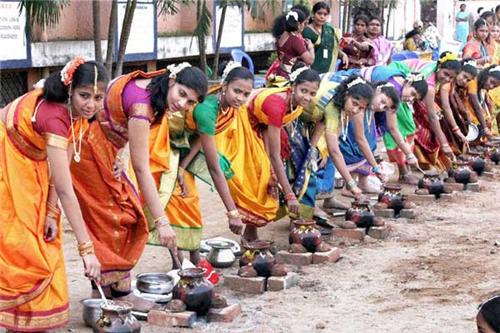 Art and Culture of Dindigul

Dress and Food in Dindigul

Traditional Tamil dress has always been preferred by the people of the South. Now, like most other places, men wears shirts and trousers, while women wear, sarees, salwar suits and western outfits like tops and jeans. But in any traditional festival, both men and women like to wear the traditional dresses. Dindigul is famous for its biriyani. The Dindigul biriyani chains are famous in all over Tamil Nadu.

Throughout Dindigul, there are numerous mosques, temples and churches. This is one of the most religious cities of Tamil Nadu. Temples like Kalahastheeswara-Gnanambika temple, Seenivasaperumal temple, Abirami Amman temple,Padmagirinathar temple etc are very popular in Dindigul and all of these tremples attracts large number of tourists. Begumbur Periya Pallivasal, Dindigul, Thowheeth Masjid, Ahle Hadees Pallivasal, Bajar Masjid, Mohammadiyapuram Pallivasal, Mandi Pallivasal, Madinah Pallivasal, Ring Road Pallivasal and Makkah Pallivasal are some of the popular Islamic institutions in Dindigul.